The Exchange, the full-city block redevelopment on the north end of Old Town Fort Collins, is excited to announce its second round of tenants.

FoCo DoCo, Fort Collins Donut Company, is a homegrown donut shop featuring seasonal flavors and locally sourced ingredients. The shop will also serve artisan coffee and local chai.  Their miniature donuts are handcrafted, made to order and served hot.  Their menu will be seasonally driven.

Steamies Burger Bar focuses on creating culinary offerings that are better for its customers and the environment. Their twist on the American classic is a unique use of steam as their primary, custom cooking method.  Menu items can be accompanied by housemade concoctions like Blueberry Ketchup and Bacon Mustard from their gourmet Sauce Bar. Their family-friendly atmosphere will boast an old-school board game wall, a full bar and heated patio featuring beer, wine and signature cocktails.

This will be the second Steamies location.  The burger bar’s original location opened on Main Street in Telluride in 2015.

The Pizza Press is a unique concept out of Anaheim, California, dedicated to elevating the ‘build your own pizza’ model. Inspired by 1920s Americana newspaper culture in which great food, craft beer, ambiance and service are combined in a way that has never been done before, the restaurant pairs custom or signature pizzas with more than two dozen different craft beers on tap. Pizzas are hot off the press in just under four minutes.

FoCo Da Vinci Body is an internationally-recognized fitness concept that utilizes HIIT training, board, wall and ceiling resistance anchors to apply elements of Pilates, Yoga, strength training, power moves and cardio. Workout classes vary from 30 to 50-minutes using multiple levels of resistance to gain strength, mobility, balance and improve cardio. Their flagship studio is in Santa Fe, New Mexico, but in just three years of existence, studios have opened throughout Canada, Japan, Korea and the United Kingdom, with Fort Collins becoming the second in the United States.

Encircled by College Avenue, Riverside Avenue and Walnut Street, The Exchange marks an innovative adaptive reuse of a formerly underutilized city block. Two existing buildings on the north and south side of the building are being refinished while the central plaza will consist of offices, retail and restaurants housed out of upcycled shipping containers in addition to patios, picnic tables and grassy areas for convening.

The 23,840 square foot building on the north end of the property will house Old Town Media, a local engineering consultant company, FoCo Da Vinci Body and existing tenant CopperMuse Distillery. Churn Ice Cream will anchor the outdoor plaza with FoCo DoCo and Steamies occupying a portion of the shipping containers.  The Pizza Press will occupy 3,125 SF within the development’s south building.

Opening dates are still being finalized but will range from late 2017 to early summer 2018.

The Exchange is being developed by Brinkman and Richmark.

Brinkman is a mission-driven real estate development and investment company headquartered in Fort Collins. The company is focused on using business as a force for good through the creation of meaningful places. Their projects generate positive economic and social multipliers for communities, families and investors.

About The Exchange
The Exchange perfectly fits with the vibrancy and character of Fort Collins and will revitalize the northern corner of Old Town. The inviting open-air central plaza will include community-style picnic tables surrounded by inspired cuisine, craft cocktails and beer served via Shipping Container Cars. The perimeter of The Exchange will include restaurants, retail and creative office spaces.

For more information about The Exchange, please visit www.theexchangefortcollins.com. 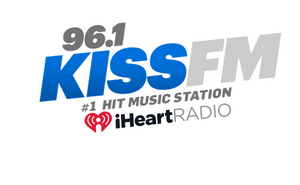